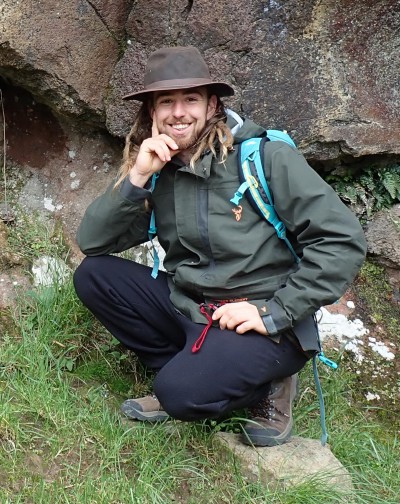 Marley in the field

Marley Ford, a Master’s student at the University of Auckland, has been interested in ecology since he was a kid.

“Growing up in Hokianga in the far north, I was surrounded by bush,” says Marley. “The forests were so diverse and so full of life.”

Inspired by these surroundings, Marley came to Auckland to study biodiversity management at Unitec. His coursework led to a summer studentship describing a species of lichen.

“Initially, I was drawn to forest ecology by the plants,” says Marley. “Now, I’m getting more and more interested in the underdogs, like lichen and fungi.”

After his undergrad, he wanted to keep learning about forest ecology. Peter de Lange, one of Marley’s  lecturers at Unitec, suggested a project studying mycorrhizal fungi as part of the Beyond Myrtle Rust Programme.

“I knew nothing about mycorrhizal fungi,” says Marley “so I thought I’d jump in the deep end. If there’s something you want to learn more about, why not do a Master’s on it?”

Plants from the family Myrtaceae are known to have rich mycorrhizal communities. These communities may be essential to the survival of New Zealand’s native myrtles.

“Studies have shown that mycorrhizal communities change when the plant encounters a pathogen, like a rust,” says Marley. “It may be that mycorrhizal fungi can help protect our native plants against myrtle rust infection.”

In order to understand how mycorrhizal communities change in response to infection, a baseline must first be established.

“For a lot of our trees, we don’t even know what mycorrhizal fungi they support, even to a genus level,” says Marley.

Establishing this baseline is the central focus of Marley’s Master’s research. Specifically, he is investigating the mycorrhizal fungi associated with ramarama (Lophomyrtus bullata), a species that has recently become threatened by myrtle rust. He has collected root samples from three different forest types and will be identifying the composition of each mycorrhizal community.

“The community is most likely composed of arbuscular mycorrhiza, which live inside the roots of the tree,” says Marley. “We’ll be using DNA paired with microscopy to identify fungi to a genus level and, where possible, to a species level.”

The sites he has chosen to sample are still unimpacted by myrtle rust. Future studies will be able to compare this healthy community composition data with data from infected sites.

“Examining those differences in detail may reveal specific aspects of the mycorrhizal community that are essential to fighting disease,” says Marley.

The mycorrhizal community isn’t the only community Marley has been working with.

“I organized the sites for my fieldwork with a local iwi, close family friends and DOC personnel,” says Marley. “It’s been gratifying working with each of these different communities.”

With his field work complete, Marley has returned to Auckland to process his root samples in the lab. By the time he finishes his Master’s at the end of next year, he will have contributed important new knowledge to this growing field.

“Mycorrhizal fungi are a safety net in the world of plants,” says Marley, “and it’s real important that we begin to understand these communities.” 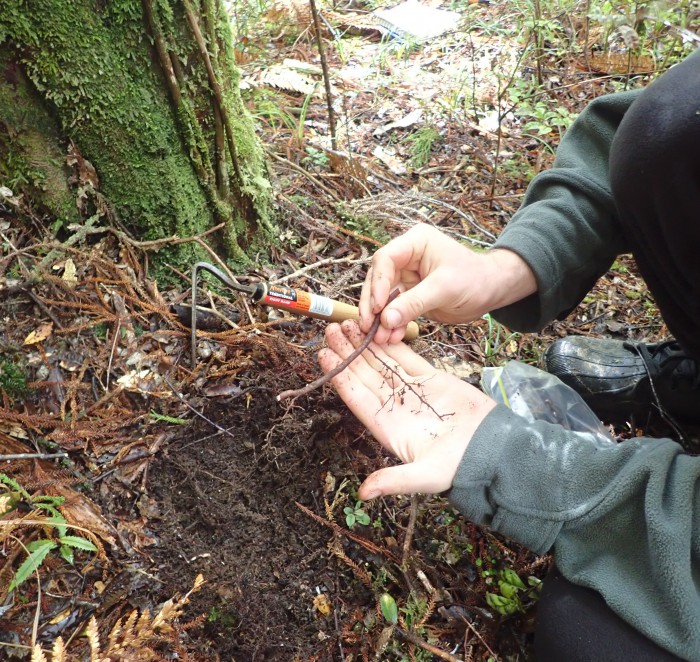 A ramarama root heading to the lab for even closer investigation