Weevils may be the largest monophyletic group of beetles in the world, second only to Staphylinidae. The New Zealand fauna presently contains roughly 1500 described species in about 300 genera placed in five families, Curculionidae the largest family.

They are the epitome of insect dominance of terrestrial habitats, with most species that are plant feeding, often exclusive to one or a few plant hosts. Many anthribids are fungus or fungusy-wood feeders while platypodines and scolytines inoculate their plant hosts with fungus upon which the larvae develop. Many groups specialize on above ground plant parts, but there are notable groups in New Zealand that feed on roots or the fallen leaves that accumulate as leaf litter on the forest floor.

The importance of weevils cannot be underestimated. They are a significant group of herbivores and their tight relationships with some plants make them vulnerable to extinction: already some of the large-bodied forms are gone, threatened, or refuge on offshore islands. Weevils chew, bore, munch, crunch and destroy crops, seeds and trees, sometimes to a devastating degree. They are key pests in forestry and agriculture and also attack many ornamental trees, shrubs and herbs: No herb is a match for many weevil species, and they seem to overcome many plant defenses with great success. Some major pests have already made it to New Zealand, but others that are of bio-security importance will most probably be introduced in the future. On the other hand, some weevils are important bio-control agents, and have been used in both terrestrial and aquatic ecosystems to control weeds.

Apart from these issues, their hyperdiversity, immense degree of morphological forms, fascinating associations with plants, and generally restricted natural habits evoke endless debate about their evolution and ecology. The biological success of weevils may have been facilitated by the presence of a rostrum the females in most species use for laying their eggs into their host plant. Other scientists claim that it is their association with angiosperms over millions of years that made weevils species rich. The answers to pivotal questions of weevil hyperdiversity may be found within the “ancient” forests New Zealand forests, where podocarp or southern beech forests dominant many areas.

One hindrance to studying the natural history of New Zealand weevils is that many are unnamed, some have been placed in unnatural generic groupings, and some have even been described repeatedly in the literature. Weevil specialists need to study specimens residing in museum collections around the world to stabilize their taxonomic names. The vast number of species that have been named must be verified by careful scrutiny of literature, assessment of external and internal characters, and patience. This is very true even for some economically important species whose taxonomic identity remain unresolved and are now quite widespread through the world.

We are still learning about the vast diversity of weevils, and the fauna worldwide is in dire need of specialist workers, New Zealand inclusive. At present, there are precious few taxonomic treatments for New Zealand weevils and reliable identifications for many groups are often made by tapping into a social network of retired and overseas specialists or comparing specimens to those that are accurately identified in collections. In an attempt to facilitate identification, and promote the study of this fascinating group of beetles, we provide a searchable image database of representative 276 genera (dorsal and lateral views for most), the first stage in learning about the diversity of this group and attempting your own identifications. If you spot any errors please do not hesitate to contact us, as we are attempting to present the data accurately. In morphological or species-rich genera, a single image may not allow for exact determination of a weevil to genus, and in the future we plan to add additional images to assist with identification.

For photos of the type specimens Allaorops carinatus Broun and Thotmus halli Broun from the Natural History Museum, London, we thank Chris Lyal and Dirk Ahrens, respectively.  We thank the Department of Conservation TFBIS programme (Project 226) and the Foundation for Research, Science and Technology through the Defining New Zealand’s Land Biota OBI for funding this WWW project. Many thanks also to Marie-Claude Larivière (Landcare Research) for assistance with project planning, project management, and website development, and to Karen Scott (Landcare Research, Lincoln) for her her time and assistance as web-designer. Willy Kuschel and Bob Anderson helped with queries of classification and curation of weevil specimens in the NZAC.  Lastly, we thank Grace Hall and Rosa Henderson for additional help with images and specimens and Rolf Oberprieler and Trevor Crosby for reviewing the webpage. 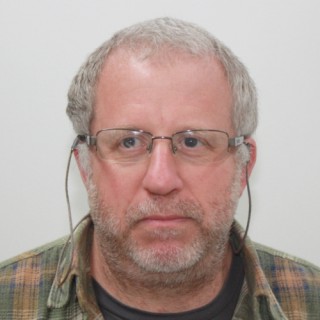